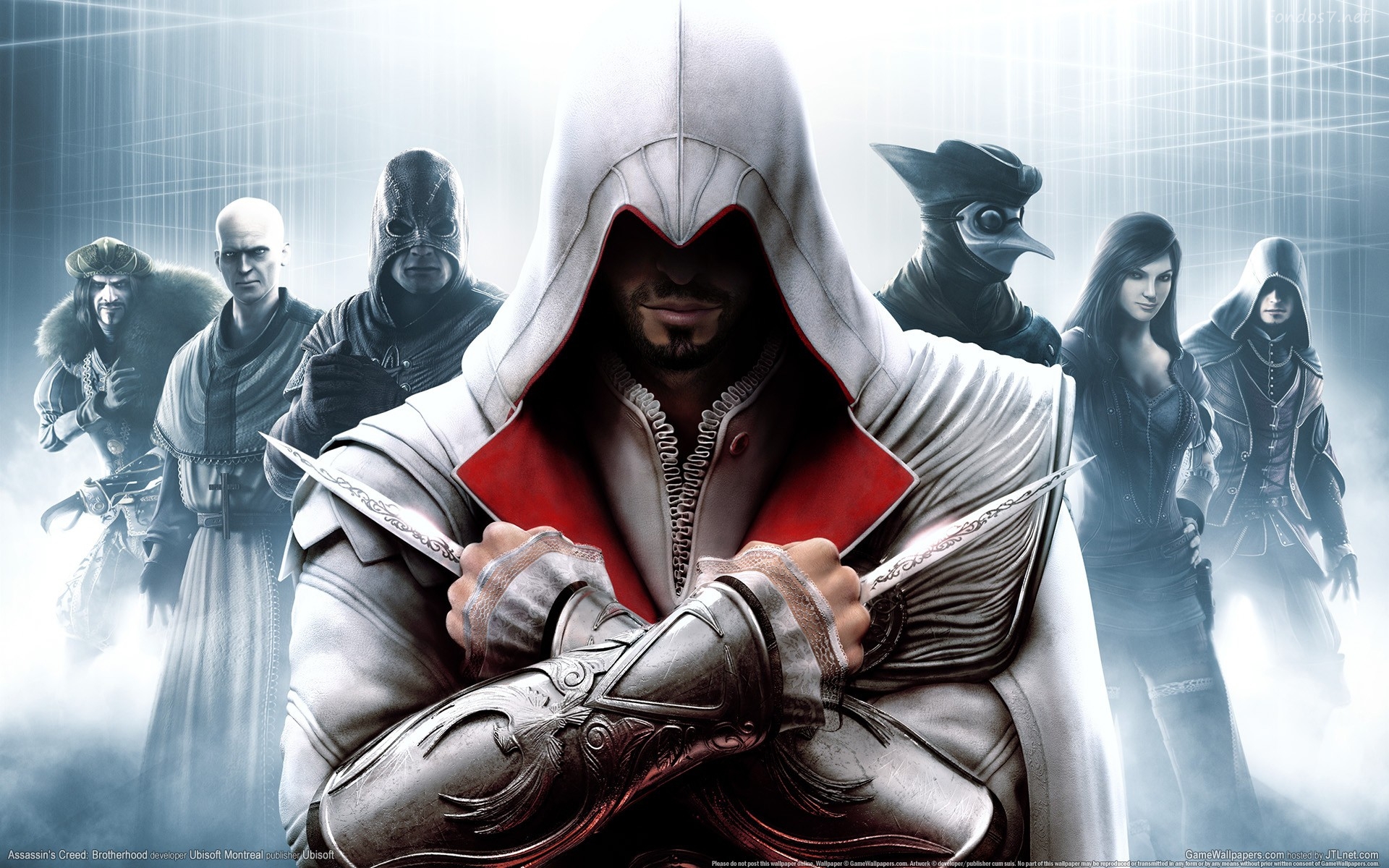 Description of the game
The plot is set in a fictional history of real world events and follows the centuries-old struggle between the Assassins, who fight for peace with free will, and the Templars, who desire peace through control. The framing story is set in the 21st century and follows Desmond Miles as he relives the genetic memories of his ancestor Ezio Auditore da Firenze. The main narrative takes place at the height of the Renaissance in Italy during the 15th and early 16th century. Players can explore Florence, Venice, Tuscany and Forlì as they guide Ezio on a quest for vengeance against those responsible for betraying his family. The primary focus is to utilize the player’s combat and stealth abilities, as Desmond begins to uncover the mysteries left behind by an ancient race known as the First Civilization in the hope of ending the conflict between the Assassins and Knights Templar.

Type of the game
Action-adventure